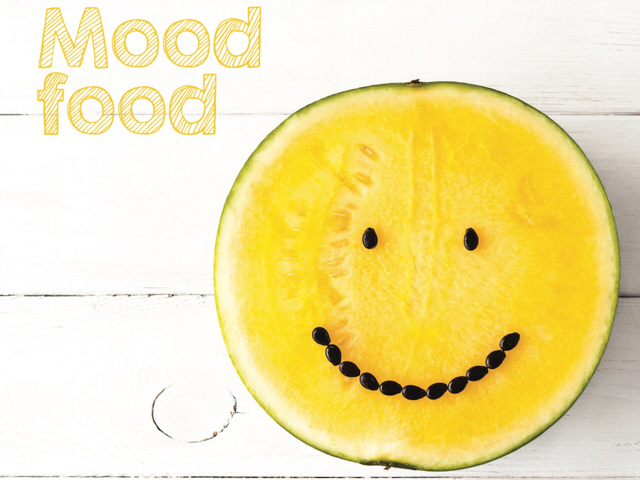 I am delighted to welcome Lisa Patient as my guest blogger for this week! Lisa works together with my friend and colleague Emily Fawell. Both are registered nutritionists, and you can learn more about their work at Vital Health Nutrition here. I know you will love reading this post about ‘Mood Food’ from the Spring 2017 edition of the #ion_nutrition Optimum Nutrition Magazine. Lisa writes about how different foods affect our mood, and investigates whether swapping comfort foods for healthier choices could make us feel much better in the long run…

‘I was feeling low so treated myself to a cake/glass of wine.’ If I had a pound for every time a client has said this, it would amount to a tidy sum. But why do we turn to sugar and alcohol to cheer ourselves up? And are there healthier ‘mood foods’ available?

Saliva and digestive enzymes rapidly break down sugary foods such as cakes and biscuits so that they quickly enter the blood stream as glucose. But before you’ve even swallowed your first mouthful, the taste of sugar on your tongue has already activated the release of a hormone called dopamine in your brain.

Dopamine is a neurotransmitter responsible for feel-good feelings, particularly those associated with reward, which is why that doughnut may indeed make you feel happy. But it’s not the doughnut itself that cheers us up, more the chemical reaction in our brain.

The bad news, however, is that over-activating the dopamine reward mechanism with too much of any pleasurable substance can begin to desensitise it, so that we need more to get the same response, in the way that addicts require more of a drug to get the same level of high. Studies have found that switching to a ‘normal’ diet after following a high-fat or high-sugar diet can lead to sugar cravings, feelings of anxiety, and low mood.(1) This may be a biological response to the rapid release of insulin, as a result of the surge of glucose in the bloodstream, which is then followed by a crash in blood sugar levels. Taking all this into account, and the fact that it can contribute to us piling on the weight and rotting our teeth, sugar is not a good mood food after all — long-term.

In the case of alcohol, we might use it to celebrate or cheer ourselves up, but it is described by the NHS as a ‘depressant drug’.(2) Although alcohol may relax us initially, heavy drinking affects levels of the neurotransmitter serotonin in the brain, leading to anxiety and depression. Like sugar, it also wreaks havoc with blood sugar control; so an alcohol binge results in low blood sugar, which can lower mood. 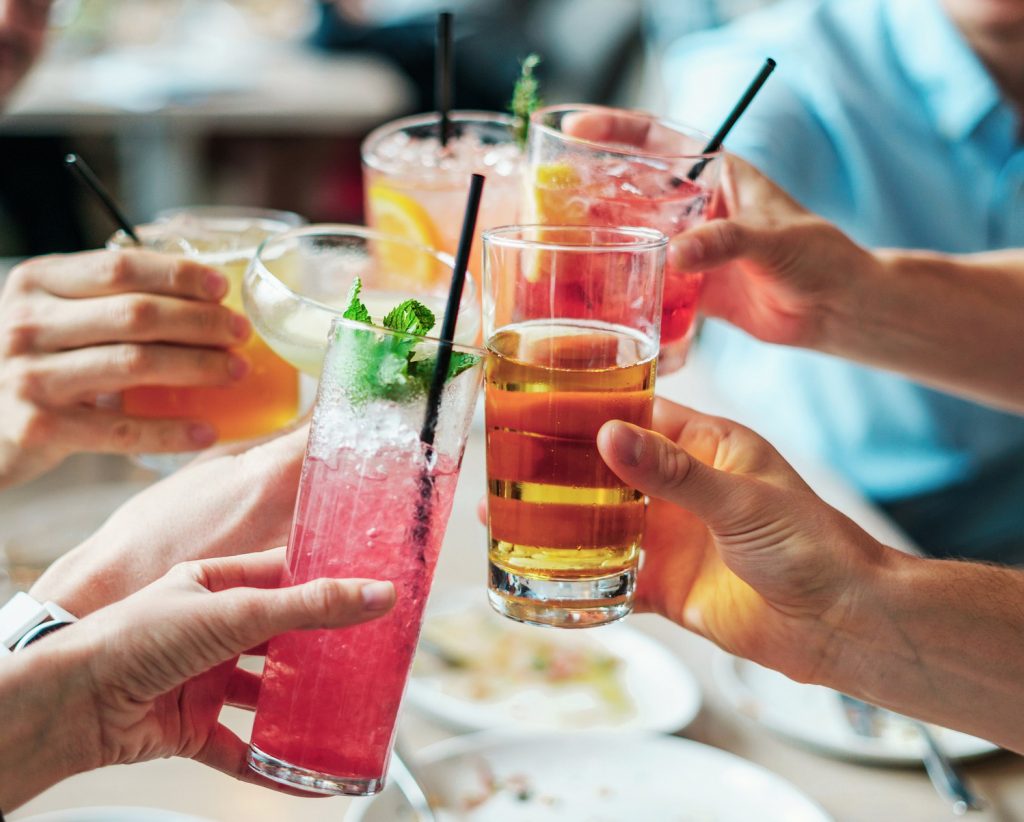 Most anti-depressants work by altering the balance of serotonin in the brain. If we want to eat foods to naturally improve our mood without the side effects of sugar and alcohol then, ideally, we would look for foods that would boost both dopamine and serotonin.

However, we don’t get serotonin itself from food. For our bodies to produce it, we need to consume sufficient amounts of the amino acid tryptophan. Soya-containing foods such as tofu and miso are particularly high in tryptophan, as are eggs, edible seaweed, spirulina, and most seafood. But to get the maximum benefit, think about combining foods: research has shown that ingesting tryptophan with carbohydrates makes the tryptophan more available to the brain.

Turkey is definitely not just for Christmas. As well as being a lean form of protein, it contains both tryptophan and a high concentration of the amino acid tyrosine. Tyrosine increases levels of dopamine in the brain, improving mood, and has also been shown to promote deep thinking, which may be particularly beneficial for the creative among us.(3) Other foods high in tyrosine include most fruits (particularly apricots, cranberries and kiwi), soya beans, chicken, cheese and eggs.

Research has linked depression with inflammation in the brain.(4) This has led to interest in the role of antioxidants in the diet, which help protect cells against damage caused by inflammation. For example, a small number of studies found that the antioxidants in a tart cherry juice provided a protection mechanism for tryptophan, ensuring that a greater quantity of tryptophan from food was available for the brain to use.(5)

Curcumin, a powerful antioxidant in turmeric, also shows the same ’neuroprotectant‘ mechanism, and there is evidence that it also has mood-lifting properties.(6) Turmeric is used extensively in Indian cooking and is now widely available in its root form. It’s becoming increasingly popular to add fresh turmeric to smoothies, while turmeric powder can be sprinkled into soups, stews and curries — although in Indian cooking rarely more than a pinch is used because of its bitter taste.

Saffron, a fragrant herb derived from the stamens of the flower Crocus sativus, is traditionally used in paella, biryani or cakes, and has been used for centuries in traditional herbal medicine as an anti- depressant. In fact studies have found that saffron extract can be as effective in raising serotonin levels as the anti-depressants imipramine and fluoxetine.(7) 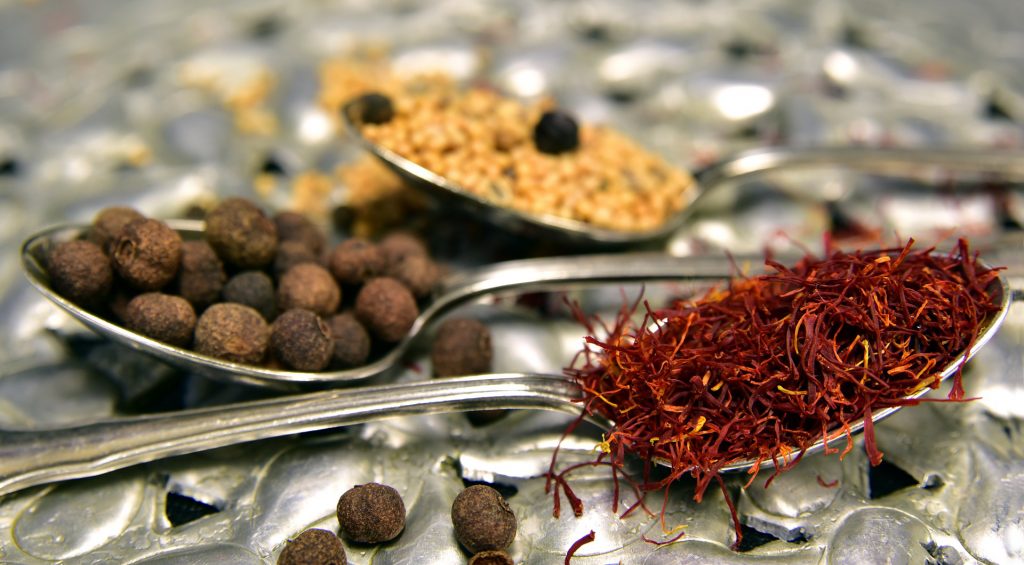 Magnesium is nicknamed the calming nutrient, with some studies showing it to be beneficial if you feel tense and anxious. Other research has suggested that low magnesium can be linked with depression.(8) A systematic review of studies into magnesium and depression concluded that magnesium appeared to be effective in easing depression, but that further studies were needed to properly understand the mechanism. It also suggested that oral magnesium supplementation might prevent depression.(9) So to keep calm, add magnesium-rich foods such as pumpkin seeds, nuts, spinach, beans and wholegrains to your daily diet.

It is now widely acknowledged that vitamin D deficiency is commonplace in winter when the sun’s UV light is not strong enough to trigger the synthesis of vitamin D by the skin. Studies have linked vitamin D deficiency to depression. While this could be an association, with depression being due to lack of sunny weather rather than vitamin D itself, there is some evidence to show that supplementing vitamin D does improve mood. (10)

According to the US Department of Agriculture, trout is one of the best food sources of vitamin D, only pipped to first place by wild salmon. Trout contains a whopping 635IU [international units] of vitamin D in a 100g serving,(11) which is considerably more that the recommended daily allowance of 400IU. Vitamin D is also found in other types of oily fish, eggs and tofu, and in mushrooms that have been exposed to UV light or grown in sunshine. Other food sources include processed foods such as bread and cereals, which have been intentionally fortified with vitamin D.

If in doubt about your vitamin D status, a blood test will help you decide whether you need to take a supplement or to eat more vitamin D-rich foods.

Omega-3 fats are critical for the function of the central nervous system, and a diet that is out of balance by containing more omega-6 foods from meat and vegetable oils and less omega-3 from nuts and oily fish has been linked to depression.(12)

Walnuts, which have the highest amount of omega-3 compared with other nuts, make a terrific snack, and walnut butter can be added to smoothies or rye toast for a delicious breakfast. Flaxseed oil and oily fish are also great sources of omega-3 fats.

The beautiful pink beans called ‘pinto’ (painted) in Spanish are second only to lentils in richness of the B vitamin folate. Folate is essential for the creation and function of neurotransmitters such as serotonin. Broccoli, leafy greens and all other beans and lentils are great sources.

Women planning pregnancy should supplement this vitamin, as deficiency can lead to problems with the development of the baby’s nervous system.

Hand in hand with folate is vitamin B12, a B vitamin that, along with vitamin B6, is used to create serotonin. One serving of lamb, sardines, salmon, tuna, cod, or scallops provides your daily allowance of vitamin B12, but a sufficient intake of vitamin B12 can be harder to achieve for vegetarians and vegans.

So although it might be tempting to reach for fast, comforting food, in the long-term, adding healthy, natural foods to our diet is more likely to keep us feeling good in ourselves and about ourselves. Add that to exercise, which is shown time and again to improve mood, and who needs that doughnut? 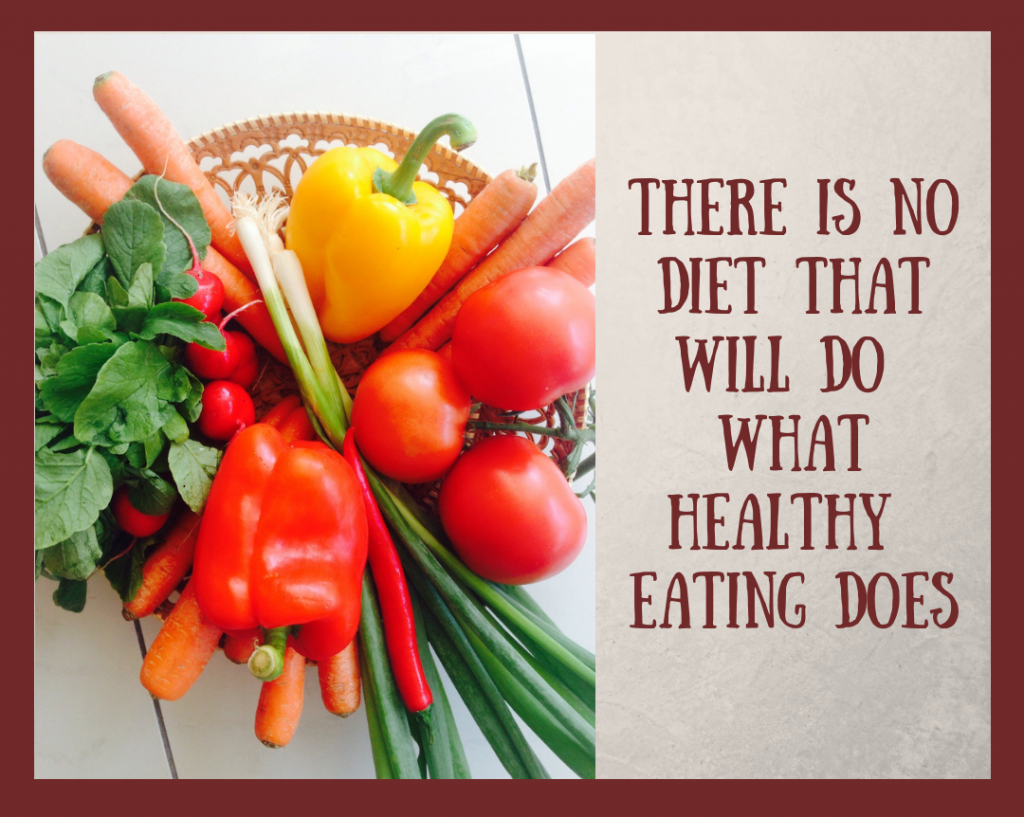 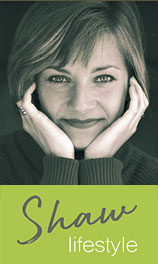 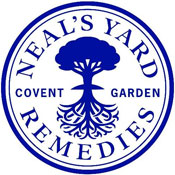